Last week, Waterloo, Ontario-based BlackBerry released its newest handset model, the Passport, to compete directly with the much-anticipated release of Apple’s iPhone 6, positioning the new BlackBerry offering as a productivity-focused, button-keyboard-enabled counterpoint to the touchscreen devices now permeating the mobile marketplace. But according to experts, the move might be too little, too late.

Although the Passport debuted to much less fanfare than the latest iPhone upgrade, BlackBerry’s new handset model is being marketed to the brand’s tried-and-true, albeit shrinking, audience: professionals on the go. Between BlackBerry’s lauded security features and its no-nonsense user interface, experts say that the Passport’s only chance of selling is to go after enterprise customers.

“Blackberry’s strongest draw is that there are a large number of consumers—mainly professionals—who still prefer a physical keyboard,” says Allen Adamson, chairman of the North American region at San Francisco-based global branding firm Landor Associates, and an expert in the tech branding space. “Their best offense will be to go after the consumers who are still mostly e-mail-based, the professionals.”

In a statement announcing the device, BlackBerry CEO John Chen said, “The BlackBerry Passport was created to drive productivity and to break through the sea of rectangular-screen, all-touch devices.” The Passport wields a square-shaped screen and BlackBerry’s signature button keyboard.

According to the statement, the phone is designed for the “mobile professional,” a market that BlackBerry previously has dominated but must thoughtfully go after to recapture, says Ken Dulaney, vice president and analyst at Stamford, Conn.-based market research firm Gartner Inc., who researches the mobile and smartphone industries. “Chen has said that he’s targeting the 30% who are what he calls ‘technical professionals,’ but that’s not an open market,” Dulaney says. “That’s a market that’s already made commitments. The 30% number might technically be a right number, but an addressable market number will be far smaller, down below 1% share.”

BlackBerry still leads the market in security, but Dulaney says that Chen did not tout the security features of the Passport enough in his media announcements. “Chen said a lot of nice things about the device at its release, but he didn’t say, ‘If you don’t come back to me, this is what’s going to go wrong, and this is where your enterprise should be concerned.’ All these customers have adopted [other mobile security programs]. They’re not as secure as the older BlackBerry, but they’ve gotten used to it. At this point, Chen has got to make some compelling reason for people to move, and it’s just not there.”

According to Adamson, BlackBerry should be focused on offering enterprise-minded devices rather than releasing a differentiated handset targeted at consumers. “The company needs to be laser-focused on B-to-B and not trying to be the handset for every Tom, Dick and Harry,” he says. “The best brands stay very focused on their core message, and BlackBerry’s core message is about business-to-business security and the enterprise customer. Focusing on the handset’s shape and keyboard isn’t adding enough to that value proposition.”

Plus, BlackBerry is competing to be the be-all and end-all for enterprise customers who want to streamline their mobile devices, and they’re losing out to consumer-focused Apple- and Android-fueled offerings, Adamson says. “More and more professionals are moving from two devices to one, and unfortunately, BlackBerry competing to be the one device you need is not getting better.”

For more from Allen Adamson on the mobile space, check out the November 2014 issue ofMarketing News, in which Adamson discusses the global tech brand Lenovo.​

This article was originally published in the Oct. 7, 2014, issue of Marketing News Weekly.​ 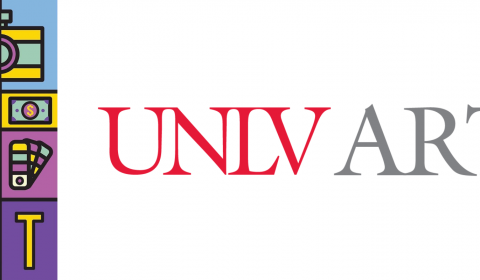