When it comes to engagement, Instagram is dominating the opposition. However, Instagram’s hegemony may not last forever, according to a recent report.

“With Instagram expanding its ad platform to businesses large and small, we can expect the engagement ratio on this platform to continue to come down to earth, as it has on its older, monetized parent company, Facebook,” the report says.

The Bar Must Rise

Across all channels, content creation increased 35% per channel in 2015, and engagement decreased by 17% to 2.19 interactions per post.

On average, B-to-B brands post to six social media platforms and B-to-C post to seven, something TrackMaven notes is a major investment of budget and time. This means there must be an increase in post quality as brands try to move past clickbait and move toward quality; marketers need something to show for their efforts.

“The bar for content quality—particularly channel-specific content—must rise,” according to the TrackMaven report, because of the monetization of social networks and the rise in mobile content consumption.

Mobile content consumption’s ascent is heavily tied to how many hours people are spending on their devices. In 2011, the average user would spend under an hour on their mobile device; in 2015, that number rose to 2.8 hours per day, with smartphone users spending 88% of their time on their device in apps.

How to Cut Through the Noise

Increasing content creation is no longer enough to gain the attention of the average social media user. TrackMaven said companies must create content specifically for each channel to get past the noise. What that means for each channel may be different, especially as capabilities of a platform grow.

“The onus is on brands to entice and engage up front,” the report says. “Immediate and immersive content is the ideal.”

Success will also mean finding where engagement happens. TrackMaven’s report said blogging has been “forsaken” by companies in 2015, with the number of blogs per brand decreasing 16% to an average 58 for the year. Even so, engagement for blog posts has remained steady, even climbing to 190.7 social shares per brand in July 2015.

LinkedIn also may be a good platform to key in on, as it features a steady engagement rate of between 2 and 2.3 across the year, nearly reaching 2.5 by the end of the year, while Twitter and Pinterest fell to 1 or less. Companies average between 10.2 and 13.7 posts on LinkedIn each month, while the average company posted on twitter 78.5 times per month by year’s end.

Author Bio: Hal Conick is a staff writer for the AMA’s magazines and e-newsletters. He can be reached at [email protected] 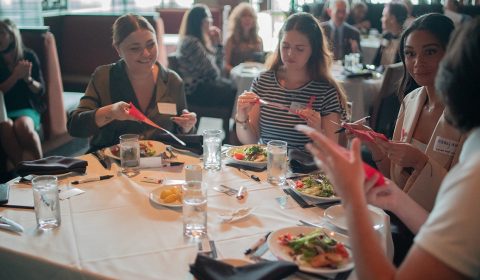 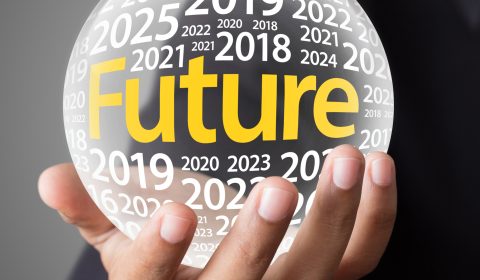